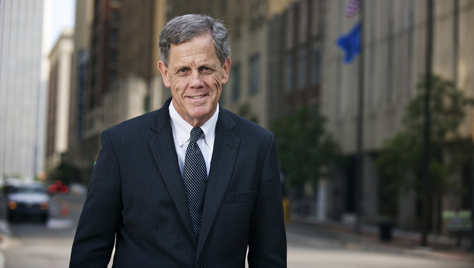 Sheppard F. “Mike” Miers, Jr. has 45 years of legal experience. His clients include corporations, business management and individuals.  He assists on tax planning and compliance, employee benefits, deferred compensation, business and financial transactions, estate planning, probate and the administration of estates and trusts. Mike is a Certified Public Accountant in Oklahoma.

He has served as an adjunct professor on the subject of state and local taxation at the University of Tulsa.  Mike has regularly spoken on taxation and employee benefits for more than 25 years at seminars and continuing education programs sponsored by the Oklahoma Bar Association, Tulsa County Bar Association, Oklahoma Society of Certified Public Accountant, and Southwest Benefits Association.

Mike has written extensively and published numerous articles and notes in professional periodicals and publications. He has published an explanation of new state tax laws enacted in Oklahoma in The Oklahoma Bar Journal each year from 1998 to the present.

Mike served as an officer and trial attorney in the U. S. Army Judge Advocate General’s Corps, 1966-1970. He was an attorney in the legal division, and Tax Counsel, Cities Service Company, Tulsa, OK, 1970-1982.